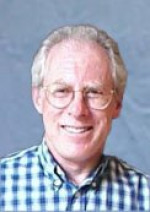 Rich Rosen is a former Fellow and a founding member of Tellus Institute. He has thirty years of experience in energy sector resource planning and management as well as environmental compliance. In the 1990s, Dr. Rosen’s research focused on the economics and feasibility of restructuring and deregulating the electricity utility industry. In a variety of regulatory and public planning settings, he has presented detailed analyses of alternative supply options, renewable resources, environmental impacts, energy efficiency technologies, and integrated power plans in both market and regulated contexts. Dr. Rosen’s current research focus is on alternative economic visions and models for the global economy over the long-term, including new approaches to the allocation of capital, regulation of investments, and management of the production unit. In the context of envisioning a Great Transition futures scenario, Dr. Rosen has overseen the generation of several highly detailed global development scenarios for the years 2005 - 2100 based on Tellus' Polestar model.

Dr. Rosen received a PhD in Physics from Columbia University in 1974.

This critical review of the integrated assessment modeling (IAM) research underlying the AMPERE study is also relevant to many other IAM-based model comparison papers. One of the main symptoms of the serious methodological problems of these studies is that the results produced by different models for what are portrayed as the “same” scenarios differ quite substantially from each other. While the authors of the AMPERE study correctly raise the important question of whether these differences are due primarily to differences in model structures, or to differences in the sets of input assumptions for the “same” scenario used by different research teams, they never address this question in a logically systematic and credible way. In fact, they cannot and do not arrive at an answer, since each modeling team generally relies on a single but different set of most input assumptions for the same scenario. Finally, the research teams involved in the AMPERE project, and other similar projects, fail to understand the fundamental impossibility of forecasting net mitigation costs or benefits over the long run given both the practical and deep uncertainties implicit in both the equations comprising these IAMs, and the input assumptions on which they rely.

The Economics of Mitigating Climate Change: What Can We Know?

The economics of mitigating climate change in the long run has played a high profile role in the most important analyses of climate change in the last decade, namely the Stern Report and the IPCC's Fourth Assessment. However, the various kinds of uncertainties that affect these economic results raise serious questions about whether or not the net costs and benefits of mitigating climate change over periods as long as 50 to 100 years can be known to such a level of accuracy that they should be reported to policymakers and the public. Because of these serious technical problems, policymakers should not base climate change mitigation policy on the estimated net economic impacts computed by integrated assessment models. Rather, mitigation policies must be forcefully implemented anyway given the actual physical climate change crisis.

Principles for a New Economy

The purpose of an economic system is to organize human activities in ways that support healthy and resilient human communities and ecosystems for both present and future generations. To achieve this purpose, deep, system-wide change to existing economic institutions is urgently needed to reverse conditions typical of contemporary global, regional, national, and local economies. At the core of a New Economy is the need to decouple the achievement of well-being from limitless economic growth. The following Principles are designed to guide the actions of all economic actors and organizations whose decisions and actions affect, or would be affected by, the transition to a New Economy.

The Century Ahead: Searching for Sustainability

This study explores possible pathways to sustainability by considering, in quantitative form, four contrasting scenarios for the twenty-first century. The analysis reveals vividly the risks of conventional development approaches and the real danger of socio-ecological descent into a future of diminished human and ecological well-being. Nonetheless, the paper underscores that a Great Transition scenario—turning toward a civilization of enhanced human well-being and environmental resilience—remains an option, and it identifies a suite of changes in strategic policies and human values for getting there.

How Should the Economy Be Regulated?

Regulation has long been defined in terms of maximizing damage control—namely, to limit the negative behaviors of business to ensure protection of the public interest. While, to some degree, this damage control mindset should be maintained, now is an appropriate moment in time to complement damage control with proactive, positive regulatory principles that are designed to achieve specific public purposes. With a broad spectrum of urgent social, economic, and environmental problems upon us, enhanced regulatory structures and processes stand as a key opportunity to mobilize all our social resources toward solving such problems, while at the same time enhancing democratic process and consciousness.

Regulation has long been defined in terms of damage control. This article argues for a need to expand this focus to include proactive principles for achieving society’s goals. An approach to democratizing the economy should rest on two key principles: (1) that private interests should fundamentally serve the public interest and (2) that regulation should be an instrument for democratic decision-making. The American model of the public utility commission (PUC) offers a way forward.

Visions of Regional Economies in a Great Transition World

Rich Rosen and David Schweickart analyze the dominant models of capitalism and socialism from the twentieth century to identify key lessons learned that must be kept in mind in building a more just, equitable, and sustainable economic system. They then proceed to outline three model economic arrangements that would embody the values of a Great Transition future.

Essay #4 in the GTI Paper Series: Frontiers of a Great Transition

The August 14, 2003 Blackout in the United States: Technical and Regulatory Issues

The blackout that struck the Northeast and Midwest of the United States, and portions of Canada, on August 14, 2003, had no simple, single cause, as far as is currently known. However, while this blackout cannot be definitely attributed to the restructuring of the electricity industry in the Midwest, it appears that the restructuring process, especially the unbundling of certain electric services, did create conditions that led to the blackout. This report provides a detailed analysis of such impacts.

Can Electric Utility Restructuring Meet the Challenges It Has Created?

This paper shows that analyses of market power for wholesale electric markets are best done using electricity market simulation models rather than the more commonly used Hirschman Herfendahl Index (HHI). Market simulation models are more useful than HHI in determining price impacts due to the exercise of market power, since the HHI is far too simplistic to capture the dynamic nature of electricity markets or the behavior of market participants.

This document incorporates numerical examples and worksheets to form a user-friendly handbook for the staff of state public utility commissions, utility planners, and members of interest groups involved in issues of electric utility planning. Its goal is to promote the widespread use of standardized avoided cost methodologies that are conceptually consistent with integrated resource planning. Such standardization is necessary for the development of accurate avoided cost estimates for the full range of alternative resources being evaluated by electric utilities, especially demand-side management and renewables.

This report is out of print.