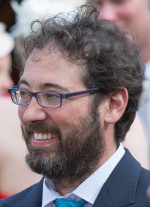 Orion Kriegman is the founder of Jamaica Plain New Economy Transition (JP NET), a pilot-project in Boston pioneering community resilience and Co-Director for the New England NET of the Institute for Policy Studies, doing the same at a regional level.

He is also a former Associate at Tellus Institute, where he served for many years as Coordinator of the Great Transition Initiative (GTI). He coordinated the creation of the Urban Ecovillage Network and was the Project Officer for Reflecting on Peace Practice, a practitioner’s learning network for peace-building efforts in internal armed conflicts. He also worked in Guatemala with the Organization of American States to help government and civil society implement the policies outlined in the peace accords.

Mr. Kriegman received a Masters in Public Policy and Urban Planning at the Harvard Kennedy School of Government in 2004.

Myriad civil society organizations (CSOs) are addressing the full range of environmental and social problems, including climate change, food insecurity, droughts, resource scarcity, and poverty. Despite many successes, these perilous problems (and more) constitute a sustainability crisis that calls into question the efficacy of current CSO strategies. More transformative approaches, drawing on cutting-edge theory and practice, are required for CSOs to fulfill their role of helping humanity meet contemporary challenges. The Great Transition scenario offers a holistic framework for changing course.

We the People of Earth: Toward Global Democracy

We confront daunting twenty-first century challenges hobbled by twentieth century institutions. In a world ever more interdependent, deepening global-scale risks—climate change, financial instability, terrorism, to name a few—threaten the planetary commonwealth, even the continuity of civilization. Yet coherent and timely responses lie beyond the grasp of our myopic and disputatious state-centric political order. Closing this perilous gap between obsolete geopolitics and emerging geo-realities delineates an urgent political endeavor: constructing a legitimate and effective system of world governance. Key steps on that path involve reforming the United Nations and nurturing new venues for the meaningful exercise of global citizenship.

Dawn of the Cosmopolitan: The Hope of a Global Citizens Movement

Orion Kriegman examines the potential for a global citizens movement by drawing on relevant lessons from past and current social movements. He argues that, although the emergence of such a movement might not be probable, it is nonetheless possible at this historical moment of growing interdependence and collective risk. He addresses the missing ingredients for the development of such a movement and points to further avenues for assessing its possibilities.

Essay #15 in the GTI Paper Series: Frontiers of a Great Transition