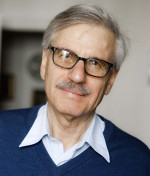 Michael Löwy is a French-Brazilian Marxist sociologist and philosopher. He serves as Emeritus Research Director at the National Center for Scientific Research (CNRS) in Paris and is the co-author, with Joel Kovel, of An Ecosocialist Manifesto (2001). His published works include On Changing the World: Essays in Political Philosophy from Karl Marx to Walter Benjamin and Ecosocialism: A Radical Alternative to the Capitalist Ecological Catastrophe.

Why Ecosocialism: For a Red-Green Future

“Green capitalism” is an illusion and twentieth century socialism is a perversion. We need a new model and movement for a democratic and ecological socialism that links with the wider movement for a better world.