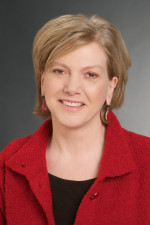 Marjorie Kelly is currently an Associate Fellow at the Tellus Institute and Senior Fellow and Executive Vice President at The Democracy Collaborative, a nonprofit research and consulting organization that specializes in community wealth building. Among the projects she currently heads up is a Learning/Action Lab assisting a half-dozen Native American nonprofits launch social enterprises and employee-owned companies. Kelly has led a variety of consulting and research projects in corporate social responsibility, rural development, and impact investing for organizations like the Ford Foundation and Rockefeller Foundation. Her books include The Making of a Democratic Economy: Building Prosperity For the Many, Not Just the Few (with Ted Howard), Owning Our Future: The Emerging Ownership Revolution (2012), and The Divine Right of Capital (2003). She was co-founder, and for twenty years president, of Business Ethics magazine, and the co-founder of Corporation 20/20, a multi-stakeholder initiative to envision and advocate enterprise and financial designs that integrate social, environmental, and financial aims. She is a board member of Salem Alliance for the Environment and on the advisory board of the Sustainable Business Academy.

She holds a BA in English and an MA in Journalism from the University of Missouri.

The Architecture of Enterprise: Redesigning Ownership for a Great Transition

A growing array of alternative ownership designs point to a fundamentally different kind of economy, where basic social architectures—the architectures of ownership—are designed to be life-supporting. These new generative ownership archetypes provide an alternative to the dominant extractive ownership archetype of today. The new kind of economy may be more likely to create fair and just outcomes, to benefit the many rather than the few, and to enable an enduring human presence on a flourishing earth.

Worker Equity in Food and Agriculture: Practices at the 100 Largest and Most Influential U.S. Companies

An understanding of the social impact of the food and agriculture industry requires insight into worker equity, a concept that embraces many issues: fair wages, safe working conditions, the right to organize, job security, professional development opportunities, and employee engagement. This report sets out to review the landscape of company practices and policies in worker equity at the 100 largest companies in the food and agriculture industry in the U.S. market. While harmful practices are widespread—and in some ways the industry norm—there are also promising examples of emerging best practices. This report attempts to address both trouble spots and best practices. The latter are highlighted here as precedents that other companies might follow, and as an indication of potential avenues for impact and influence.

Making investments that generate financial value as well as social and environmental value (impact investing) is becoming increasingly popular as more traditional forms of investing are showing signs of widespread failure. This report outlines investment systems that provide returns to investors and lasting positive impacts for communities, and addresses financial challenges experienced by rural communities. It also provides examples of key participants in the investment chain and successful strategies for connecting rural communities with investors.

System Limits of Finance: Thoughts on Economic Redesign for the 21st Century

We are reaching the limits of the kind of economy we now have—not only ecologically, but financially as well. In this lecture to John Katovich's “Capital Markets” class at Presidio School of Management, Marjorie Kelly looks at two schools of design for the social architecture of our economy: generative design and extractive design.

Not Just For Profit

This article provides a discussion of various kinds of for-benefit enterprise design, including a three-part typology: stakeholder-owned companies, mission-controlled companies, and public-private hybrids. It explores how such emerging alternatives to the shareholder-centric model could help companies avoid ethical mishaps and contribute more to the world at large.

From Corporate Responsibility to Corporate Design: Rethinking the Purpose of the Corporation

These are trying times for corporate social responsibility (CSR). Two decades after its conception, one senses among many a kind of fatigue, impatience, even despair about the limits of CSR. Recent studies and skeptical perspectives yield a picture of CSR as a contingent movement, involving actions that will be undertaken only if the demands of priority stakeholders—namely investors and consumers—are concurrently met. It is time to think more systemically, beyond the boundaries of CSR, if business is to achieve the level of social contribution it is uniquely capable of making.

Corporate Design: The Missing Organizational and Public Policy Issue of Our Time

Corporations are arguably the most powerful social institution of modern society, yet “Corporate Design” has yet to find a place on the public agenda. Debate thus far has focused on single companies and single issues; it has been driven by crisis rather than by a pro-active discussion. The authors propose a new and more intentional, analytic approach.

Strategic Corporate Initiative: Toward a Global Citizens Movement to Bring Corporations Back Under Control

There are tectonic stresses building beneath the surface of our society—from global warming to ecosystem destruction to rising inequality—that threaten a global earthquake unlike any we have seen in recent history. The root cause of most of these problems can be found in the excessive power of global corporations. This report aims to spark a debate among civil society organizations about the need for a unified movement of movements to bring corporations back under democratic control. Such unified movement could be the catalytic force to create a humane, sustainable, democratic society and economy.

A Failed Experiment: Why Electricity Deregulation Did Not Work and Could Not Work

The massive national experiment in electricity deregulation—launched by over a dozen states more than a decade ago in the wake of the Reagan revolution—has failed on multiple counts. Intended to reduce electricity rates, deregulation instead increased rates. For the ten months through October 2006, average rates in deregulated states were 55 percent higher than in regulated states. Volatility has also increased, and reliability has decreased. This report explains why deregulation failed.