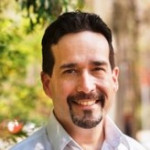 Luis Cabrera is Associate Professor of Political Science in the Griffith Asia Institute and School of Government and International Relations at Griffith University in Brisbane, Australia. His research has focused on trans-state normative issues, including human rights, citizenship and migration, and the development of democratically accountable regional and global political institutions. His books include The Practice of Global Citizenship and The Theory of Global Justice, and he is currently working on a book that identifies best practices for suprastate democracy by studying democracy under conditions of deep diversity, such as in India or the European Union. Before turning to academia full time, Cabrera worked as a staff reporter for The Associated Press in Seattle. He holds a PhD from the University of Washington.

Ensuring economic and civil rights for all requires much deeper regional and global political integration—and ultimately a democratic world government.Money creation today depends on the banks—but it doesn't have to. Imagine a system in which states, instead, created money free of debt and guaranteed sustainable livelihoods for all.