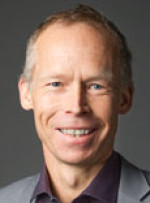 Johan Rockström is Professor in Environmental Science at Stockholm University and Executive Director of Stockholm Resilience Centre. His research has focused on global water resources and strategies to build resilience in water scarce regions of the world. Since 2010, he has played a leading role in developing the Planetary Boundaries framework. He served as co-chair of the Future Earth transition team and is currently the Chair of the Earth League, the EAT Initiative on health, food and sustainability, and the CGIAR program on Water, Land and Ecosystems.

Bounding the Planetary Future: Why We Need a Great Transition

Humanity is pushing the Earth system into a post-Holocene state that very well could be inhospitable to human civilization. The urgent imperatives of respecting planetary boundaries and transforming the development paradigm have become complementary aspects of a single social-ecological project.

Contours of a Resilient Global Future

Humanity confronts a daunting double challenge in the twenty-first century: meeting widely-held aspirations for equitable human development while preserving the biophysical integrity of Earth systems. Extant scientific attempts to quantify futures that address these sustainability challenges are often not comprehensive across environmental and social drivers of global change, or rely on quantification methods that largely exclude deep social, cultural, economic, and technological shifts, leading to a constrained set of possibilities. This article combines three previously separate streams of inquiry—scenario analysis, planetary boundaries, and targets for human development—to show that there are plausible, diverse scenarios that remain within Earth’s safe bio-physical operating space and achieve a variety of development targets. However, dramatic social and technological changes are required to avert the social-ecological risks of a conventional development trajectory.

As the world gears up for the Rio + 20 conference in June 2012, many are pinning hopes on Sustainable Development Goals (SDGs) as a concrete outcome. Yet there is little clarity on what SDGs should involve, who should set them, and how they can be realized in practice. This commentary article draws on recent research by the STEPS Centre, the Stockholm Resilience Centre, and Tellus Institute to argue that Sustainable Development Goals that keep human societies within a “safe operating space” are now urgently needed. However, delivering on these requires a radically new approach to innovation that gives far greater recognition and power to grassroots actors and processes, involving them within an inclusive, multiscale innovation politics.