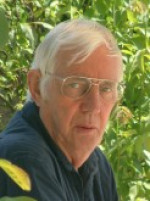 Gerald Leach worked with the Stockholm Environment Institute from its inception in 1989 until he passed away in 2005. He began his career as a journalist, writing for the Manchester Guardian (now The Guardian) and then the Observer as a science correspondent. He later worked as a fellow at the International Institute for Environment and Development, where he produced an influential analysis of household energy use that showed how the UK could reduce its energy use while maintaining its economic performance. He later worked for the Beijer Institute, focusing on renewable energy, biomass, and sustainable development. His concern for the needs of the poor and the imperative to alleviate poverty guided his work.

This report considers village-scale biomass energy as a means of providing modern energy services to the billions who lack them, thus helping to reduce poverty. It concludes that there are large opportunities for meeting this goal effectively, affordably, and sustainably. However, persistent world-wide efforts to develop and improve bioenergy systems will be needed to achieve this goal and to resolve some key problems associated with bioenergy.

The Sustainability Transition: Beyond Conventional Development

Conventional development wisdom generally assumes the long-term continuity of dominant institutions, along with the expansion of resource intensive consumption and production patterns in industrialized countries and their gradual extension to developing countries. However, the growth orientation of conventional development strategies and resource-intensive lifestyles produce risks and unacceptable deterioration of the biosphere, as well as social and economic instability. The limitations of the conventional development paradigm suggest the beginnings of an outline for a strategic agenda for sustainability.

Global Land and Food in the 21st Century: Trends and Issues for Sustainability

This report projects agricultural production and demand, as well as land use, patterns to 2050 rather than 2010, the standard time horizon for such projections. This longer time scale is necessary to capture crucial, slow-acting trends or long-delayed situations which nevertheless bear heavily on the visions and actions which we need to adopt today. These include probable reductions in the growth of population and per capita food consumption, widening disparities between regional food demand supply capacities, impending biophysical limits to the continued expansion of cultivable land, and possible production constraints due to other natural resource problems. This study is part of a wider systematic exploration of sustainable futures in the PoleStar project.