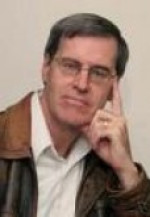 Security in the Great Transition

From the perspective of a historian writing in 2084, Charles Knight writes the history of how the world transitioned away from the paradigms of war and militarism and to a greater emphasis on cooperative security and “human security.” He discusses the institutional and cultural shifts that would effect such a non-violent and equitable world.

Essay #7 in the GTI Paper Series: Frontiers of a Great Transition